The body or relics of a saint can attract divine protection on the community and the place
where they are kept. If in some cases, the monasteries were structures of assistance to
sanctuaries of certain notoriety, starting from the 6th -7th centuries, they increasingly
played the role of protagonists, autonomously managing the devotional activities that
derived from the acquisition or translation of relics.
The need to preserve the isolation of the clausura and to manage, at the same time,
an increasing flow of pilgrims led these monasteries to build new spaces for prayer,
communion and assistance.
The Conference will address the following themes:
– Organization of the monastic space in relation to the presence of relics and pilgrims;
– Organization of the funerary space and interaction between monks and laypeople;
– Elements of balance or clash between clausura and hospitality;
– Comparison between male and female monasteries as devotional centers. 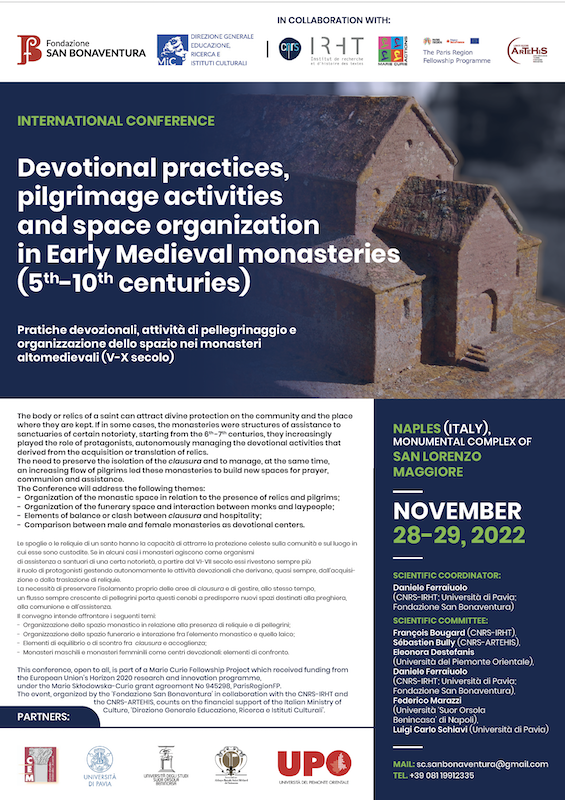